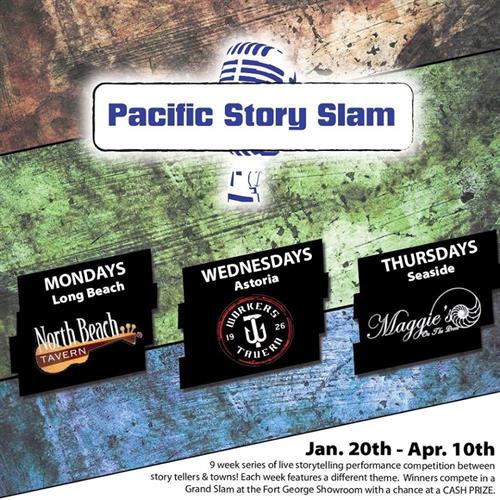 Pacific Story Slam - A collaboration and a competition.

A story slam is a live storytelling performance competition where members of the audience stand up and tell a story to a theme. The stories must be true, they must be YOURS and they must be told in 5 minutes or less.

Any member of the audience can put their name in the basket to tell a story. ALL members of the audience will be given a ballot and be asked to vote for the best storyteller.

Weekly winning storytellers will go on to compete in the Semi-Finals and then the GRANDEST GRAND SLAM at Fort George in Astoria. 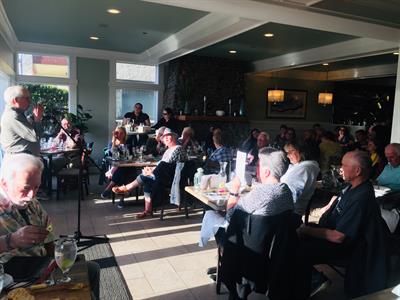 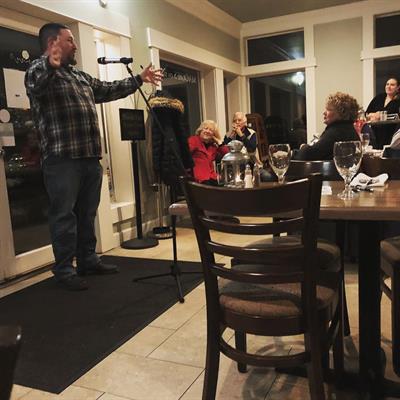 Oregon Governor has issued a moratorium on all public gatherings of more than 250 people statewide. Many events large and small are being canceled in the effort to promote social distancing as a means to prevent the spread of novel coronavirus disease. Please contact event organizers to confirm whether an event listed on our calendar is happening. If you are the event organizer, please let us know if your listing on our community calendar should be changed or removed.

You can join the Astoria Warrenton Area Chamber of Commerce as a business, a nonprofit organization or an individual. Learn more about the benefits to you and the community.

Browse or search our directory of more than 600 members.

Check out some of the hot deals and member to member deals available exclusively to members of the Astoria-Warrenton Area Chamber of Commerce!